PPA / Information about beneficiaries from the EAGF and the EAFRD

Information about beneficiaries from the EAGF and the EAFRD

Information are published in accordance with REGULATION (EU) No 1306/2013 OF THE EUROPEAN PARLIAMENT AND OF THE COUNCIL of 17 December 2013 and COMMISION IMPLEMENTING REGULATION (EU) No 908/2014 of 6 August 2014. Disclosure refers to financial year according to the EC (Commission), i. e. the period from 16 October the year n to the 15 October the year n+1. E.g., 2019 financial year includes payments from 16 October 2018 to 15 October 2019. Member States shall not publish the name of the recipient in case they do not set up the small farmer’s scheme referred to in Title V of Regulation (EU) 1307/2013 where the amount of aid received by the beneficiary in one year is equal to or less than 1250 EUR. In this case, the recipient is identified by a code. Member States shall decide on the form of this code. Because of the limited number of recipients located in the municipality where the natural person can be identified as the recipient, the nearest large territorial unit to which the municipality belongs i.e. the district, is published.

Member States may grant specific support to farmers for 1) specific types of farming which are important for the protection or enhancement of the environment, 2) improving the quality of agricultural products, 3) improving the marketing of agricultural products, 4) practicing enhanced animal welfare standards, 5) specific agricultural activities entailing additional agri-environment benefits, 6) to address specific disadvantages in the dairy, beef and veal, sheep meat and goat meat and rice sectors in certain areas or for specific types of farming, 7) in areas subject to restructuring and or development programmes, 8) in the form of contributions to crop and plant insurance premiums, 9) by way of mutual funds for animal and plant diseases or environmental incidents. They may use up to 10% (3.5% in the case of coupled payments) of their national ceiling for financing that support.

Where a new Member State has made use of the option provided for by Article 143ba of Regulation (EC) No 1782/2003, it shall grant a separate sugar payment to farmers eligible under the single area payment scheme. This payment shall be granted on the basis of the criteria adopted by the relevant Member States in 2006 and 2007

Where a new Member State has made use of the option provided for in Article 143bb of Regulation (EC) No 1782/2003, it shall grant a separate fruit and vegetables payment to farmers eligible under the single area payment scheme. This payment shall be granted in accordance with the criteria adopted by the Member State in 2007.

II. The support schemes set out in Annex I to Regulation (EU) N° 1307/2013 of the European Parliament and the Council.Payment for agricultural practices beneficial for climate-environment - Title III, chap 3.

Greening: in addition to the Basic Payment Scheme/SAPS, farmers will receive a decoupled area payment per hectare for respecting the three agricultural practices in favour of climate and environment: - maintenance of permanent grassland -crop diversification -Ecological focus area of at least 5% of the arable area

II. The support schemes set out in Annex I to Regulation (EU) N° 1307/2013 of the European Parliament and the Council.Payment for young farmers- Title III, Chapter 5

Payment for young farmers is a decoupled area payment granted on top of the basic payment to young farmers (no more than 40 years of age in the first year of application and setting up for the first time an agricultural holding as head of the holding). This payment is compulsory to Member States and up to 2% of the national ceiling can be used to finance the payment. A young farmer can receive such payment for a maximum period of five years as its purpose is to facilitate the initial establishment of young farmers during the initial period of the life of their business. It is for Member States to decide on the calculation method applied for this payment and depending on that choice payment for young farmers is granted either as per hectare top-up or as lump sum per holding. .

II. The support schemes set out in Annex I to Regulation (EU) N° 1307/2013 of the European Parliament and the Council.Voluntary coupled support – Title IV, chap 1.

Support targeting specific sectors or productions. Member States may decide to use up to 8% (by derogation up to 13% or more upon Commission's approval) of their national ceiling for direct payments, +2% for support to protein crops, for financing coupled support to sectors or regions where specific types of farming or specific agricultural sectors that are particularly important for economic, social or environmental reasons

II. The support schemes set out in Annex 1 to Regulation (EC) N° 1307/2013 of the European parliament and of the Council, Reimbursement of appropriations carried over from Financial Year 2016 - Art. 26(5)

III. Schemes and measures set out in Regulation (EU) N° 1308/2013 of the European Parliament and the Council. Public Intervention, Chapter I, Section 2

When market prices for certain agricultural products fall below a predetermined level, the public authorities of the member states may intervene to stabilise the market by purchasing surplus supplies, which may then be stored until the market price increases.

III. Schemes and measures set out in Regulation (EU) N° 1308/2013 of the European Parliament and the Council. School fruit, vegetables and milk scheme , Chapter II, Ssection I

III. Schemes and measures set out in Regulation (EU) N° 1308/2013 of the European Parliament and the Council. Aid in the fruit and vegetables sector Chapter II, Section 3

III. Schemes and measures set out in Regulation (EU) N° 1308/2013 of the European Parliament and the Council. Support in the wine sector Chapter II, Section 4

Various aids granted in order to ensure market balance and increase the competitiveness of European wine: aid for promotion of wine on third country markets and information on responsible consumption of wine and the EU system of PDO/PGI; co-financing of costs for restructuring and conversion of vineyards, for investments in wineries and in marketing facilities as well as for innovation; support for green harvesting, mutual funds, harvest insurance and by-product distillation.

III. Schemes and measures set out in Regulation (EU) N° 1308/2013 of the European Parliament and the Council. Aid in the apiculture sector Chapter II, Section 5

Support granted to support this sector through apiculture programmes in order to improve the production and marketing of honey.

III. Schemes and measures set out in Regulation (EU) N° 1308/2013 of the European Parliament and the Council. Exceptional measures - Measures against market disturbance, Chapter 1, Section 1

An aid of EUR 45 per hectare per year shall be granted for areas sown under energy crops used under the conditions laid down in this Chapter. Energy crops shall mean crops supplied essentially for the production of the following energy products: — products considered biofuels listed in Article 2, point 2 of Directive 2003/30/EC of the European Parliament and of the Council of 8 May 2003 on the promotion of the use of biofuels or other renewable fuels for transport (1), — electric and thermal energy produced from biomass.

Knowledge transfer and information actions -This measure concerns training and other types of activities such as workshops, coaching, demonstration activities, information actions, short-term farm and forest exchange and visit schemes in order to enhance the human potential of persons engaged in the agricultural, food and forestry sectors, land managers and SMEs operating in rural areas.

Basic services and village renewal in rural areas. This measure supports interventions stimulating growth and promoting enviromental amdsocio-economic sustainabiôity of rural areas, in particular through thr development of local infrastructure( including broadband, renewable energy and social infrastructure) and local basic services, as wel as through the renewal the villages and activities aimed at the restoration and upgrading, of teh cultural and natural heritage. The measure supportsas wll relocation of activities and convesrsion of facilities with a view to improving the quality of life or increasing tehe enviromental performance of settlement.

Agri-environment-climate.This measure encourages land managers to apply farming practices contributing to the protection of the environment, landscape, natural resources and climate mitigation and adaptation. It may concern not only environmentally beneficial improvements to farming practice but also the maintenance of existing beneficial practices.

Organic farming. This measure is focused on supporting the conversion to or / and maintenance of organic farming practices with a view to encourage farmers to participate in such schemes, thus answering society's demand for the use of environmentally friendly farm practices.

Natura 2000 and Water Framework Directive payments. This measure gives compensatory support to beneficiaries who suffer from particular disadvantages due to specific mandatory requirements in the areas concerned resulting from the implementation of Birds and Habitats Directives and Water Framework Directive (WFD) when compared to the situation of farmers and foresters in other areas not concerned by these disadvantages.

Animal welfare. This measure provides payments to farmers who undertake, on a voluntary basis, to carry out operations of one or more animal welfare commitments.

Forest environmental and climate services and forest conservation. This measure responds to the needs of promoting the sustainable management and improvement of forests and woodland, including the maintenance and improvement of biodiversity, water and soil resources and combating climate change and also to the need to conserve the forest genetic resources, including activities such as development of different varieties of forest species in order to adapt to specific local conditions.

Technical assistance. This measure gives to Members States the ability to provide a technical assistance to support actions that support administrative capacity linked to the management of ESI Funds. These actions may be addressed to the preparation, management, monitoring, evaluation, information and communication, networking, complaint resolution and control and audit of the Rural Development Programmes. 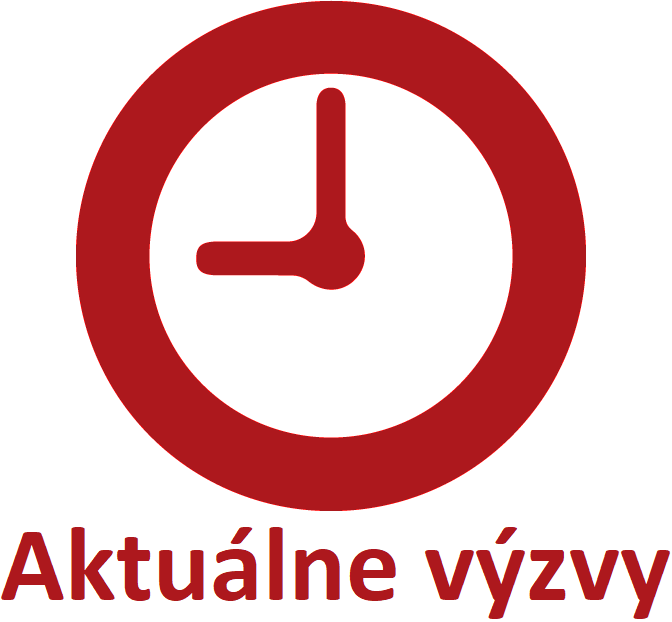 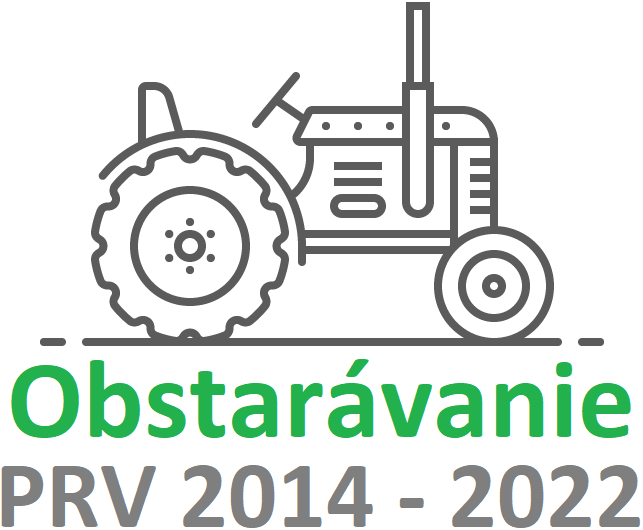